I’ve had a number of inquiries for an alternate Spirit of Sam power system. I worked out a system for Phil Pearce. He’s had a chance to do some run time and amp draw tests. Here are his comments thus far.

Good morning Dave. Here are a few picture of the little 5 oz Wren, built for the Spirit Of Sam event at the Society of Antique Modelers events. The rules call for the power battery be a single 160 mah lipo. The task is endurance, using the second best flight time of two flights. The motor you provided is an “Afterburner High Performance Brushless Motor. The number on the info. sheet says: MR-012-030-4000-1.5 I ended up using a GWS 9/7 prop. As the picture shows, the rear lipo is for radio power. The BEC is disabled. My procedure for maximum flight time is to hand launch with full power of about 1.5 amp draw, than establish a slight climb at minimal power of probably about 1 amp. I level out at about 200 feet and only use enough power to maintain altitude while looking for signs of lift. The motor will start slowing down at somewhere between 8 and 10 minutes with no thermal help. I must immediately start a landing approach while the prop is still spinning and plan on landing in about 15 seconds. Unfortunately a folding prop is not allowed. The drag on a stopped motor is dramatic on this small light model. I hope this is what you wanted. Thanks again for you help. Regards, Phil

P.S. If you have any advice on another prop, please advise. PP

Note, the point of this blog post is to record what we did in a way that will last longer than my memory. If you want to do the same thing, all the links are provided. 😉

Some thoughts that I have based on what I know thus far: An “A” ratio (less reduction) could be considered in order to reduce the pitch or perhaps the disk diameter. That might lead to a 9-4.7 or 9-5 or 8-6 being optimal. I’m tickled by the idea of a 4 or 5″ high rpm setup in order to try and get the model to glide with a stopped prop longer than Phil reports with 9″ props. Not being experienced in the competition, my thoughts might be completely off base here. The higher KV Afterburner motor should be avoided because the higher no-load current. Although it might be more efficient at wide open throttle, the minimum no-load current would kill you in cruise (partial throttle flight). So, the lesson is stick to the 4000kv motor. Anything you can do in this contest to utilize a low non-load current motor would probably be an advantage over most motors with higher no-load currents. The no-load current rating is one of the fixed parameters (motor constants) of every motor. Explaining it fully is beyond the scope of this article.

Several years ago I built a Micro Stick. The kit went together very nicely. The little plane sat on a shelf until today. I enjoyed the last nice day of calm warm weather here in SE PA and test flew the plane. It was a real Hoot! Flew great and had an unbelievable roll rate. Landed fine. Other than add some more “expo”, no changes were required. I will keep this plane in my active fleet from here on out.

An old film to bring you up on the basics. Weirdly, physics don’t change.

Chrome users may need to refresh the screen to see embedded video.

A reluctance motor is a different breed. It is a form of a brushless motor. However, the brushless motors we use in the RC hobby, the number of stater teeth (each iron segment that is wound with copper wire) will always be 3,6,9,12…; A number always divisable by 3. Magnets will always number 2 or 3,6,9,12 some number divisable by 3. Each magnet is considered a pole. So, a 6 magnet motor is called a 6 pole motor.

The cause of investment into the development of Reluctance motors is communist China produces most of the materials described as rare earth that are used to produce modern high power magnets. China has limited the export of these materials and magnets in order to help China monopolize permanent magnet motor production. The reluctance motor does not need any of these materials and is hence much cheaper to manufacture. Also our ability to produce motors in the USA would not be hindered by the unholy alliance between government and business as is so common in socialist/communist states. Regardless of the type of government, anytime governments stick their fingers into business, supply problems and shortages ensue. Perhaps these developments will stifle the anti-capitalists this time. Sustained monopoly’s are only possible when governments collude with business (or nationalize industry). It’s an interesting side note to mention there have never been any long lived monopoly’s that were not created and maintained by government regulation.

Many times technologies are developed and press releases fly all over the internet. These products offer great promise yet often the creators are just looking for somebody to buy the technology and when they are unsuccessful (most of the time) we never see the great new products. This development strikes a different tone with me, I feel this very well could be the beginning of a new paradigm shift in motor technology. Lets just hope it makes it down to us modelers sooner rather than later. 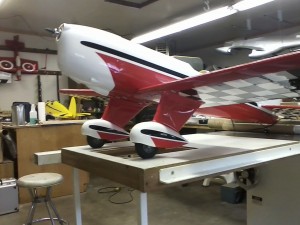 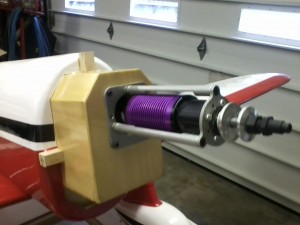 “Dave always took the time to talk to me and give advice at Toledo even though I didn’t even buy anything from him. He even stopped what he was doing, got his laptop out and ran motor specs for me for a kit I got at the swap meet. It was a classy thing to do and he is a fantastic ambassador for RC! Keep up the great work Dave!”