Editorial content regarding the ban and profiteering on technology toys in Celina.

Merry Christmas to the parents of children with dreams of the worlds latest technology boom. Celina counsel members Larmore, Eric Clausen, Fred LeJeune and Fleck wagging their smoking sulfurous finger have decreed your children have no right to play with their flying Christmas gifts on their parents own property. These children and their parents must pay the city in order to operate a toy airplane or helicopter on their own property, in the park or on private property. The supposed land owner can’t grant permission or use their land peacefully to their own pleasure. But wait! Permission is for sale by the Celina City Counsel! Flying toys are no longer on the 3×5 card of approved activities within the city limits.

These council members dream of a right to collect a living, to charge a toll for the use of “their” air. You pay them if you wish to use your property (you own the parks as well as your home) or risk fines (theft) and arrest if you persist in pursuing happiness peaceably and safely. May the citizens of Celina find the courage to join with me in ridicule of these pursed lip technology averse all-knowing overlords.

City leaders criminalize the peaceful to aggrandize themselves while enriching their office. Another victim-less crime to add to the list of enforcement opportunities. What a lesson the Celina Police department can teach the youth of Celina about the importance of respecting officers and the law by imposing this ridicules Objection to Liberty! Any Officer, Chief or Sheriff who will not refute and refuse to enforce this Objection to Liberty should be tossed out on their ear. Join with me by fully and clearly rejecting these pitiful representatives of Celina. In your name citizen, they punish the innocent peaceful users of toys. Can this be the most pressing concern within the city limits? Shame on the leaders of Celina. What next? Shall we walk technology back to the wagon wheel? A book burning? Do we outlaw Frisbee’s and footballs? Permits for cell phones? Larmore, Eric Clausen, Fred LeJeune and Fleck, SHAME ON YOU!

Please call and message these Objectors to Liberty on Council.
Jeff Larmore 419-586-5951
Fred LeJeune 567-890-1920
Mark Fleck 419-586-6270
Eric Clausen. 419-586-1573
Let the Mayor know how disappointed you are about the technology ban in Celina here:
Jeffry Hazel 419-586-5823
Letters to the Editor of THE DAILY STANDARD:
newsroom@dailystandard.com
Please Like Share and Promote. Let us help push these Objectors to Liberty back into the sewer! Do Something to defend your hobby and Liberty now. Each group of predators who get away with this offence will embolden the predators who claim a right to manage you. It’s time to just scream no.

Apparently a You Tube video producer Roman Pirozek has been involved in an accident where he partially decapitated himself with a T-Rex 700. I have no details and do not mean to infer how the accident happened. I have never viewed any of his video’s and have no idea of his flying skills or safety procedures. However, I will take this opportunity to mention there seems to be in the helicopter culture a notion that close in maneuvers are somehow more cool and exciting. For may pilots, it is as if they are attempting to punctuate their high skill level by showing you they are confident enough to fly within a few feet of death. I think it’s high time we recognize disciplined safe operations skillfully demonstrated without any risk to human life as the real “cool”.

This kind of flying where there are high energy componets to the fight aimed at the pilot in command is the issue. Notice the video is put up as a memorial (my condolences to the family).

I’m not trying to force anybody to do anything. I am pointing out risky habits. What happens if whomever re-insures the AMA decides they cannot any longer insure the AMA for heli pilots members who flying without helmets? I’ll tell you what happens, idiots will blame the AMA when in fact it’s the culture that causes the restriction. It’s time to decide what the cool is before somebody else sticks their nose into our hobby and forces restrictions on us we wouldn’t like.

I’m sure Roman was a fine modeler and an upstanding citizen in the RC community. I mean to cast no aspersions. Accidents are possible, even if you fly at a safe distance. Here is Roman Pirozek JR. Channel on YouTube.

It’s important not to fall into the swirling well of panic and paranoia. We so often hear those kinds of reactions from the those less informed whenever the AMA speaks out on a subject. I certainly favor the future development of our hobby to included FPV (First Person View) technologies and flight stabilization capabilities. The AMA is working very hard to avoid having issues with government officials deciding each and every model flying activity needs to be regulated and centrally controlled. PLEASE observe common sense and do your part to help everyone avoid this kind of onerous over reaching oversight that seems to be the trend in America these days. It’s your and my job to do something about it. Check out the revised policy below on the AMA blog site.

I’m not a big fan of the gradual banning of lead. Sure, I love kids and all that. However, the enviromentalists take everything too far with what they clothe in “for the greater good” arguments. It’s really an anti-capitalist movement. And, I’ve been trying for a long time to figure out what is pro-job about being anti-capitalist.

I can understand how lead in paint which breaks down slowly over time, becomes chips which get smaller and eventually turn into dust. It makes sense not to put lead in paint because we’ll eventually breathe it. However, no matter how hard I try to kick the dirt around on the floor, electronic circuits soldered with leaded solder or lead free solder don’t jump into my mouth. Maybe the difference is hard for some to see? What is it like to wield the power to ban an element on the perodic table?

RoHS is an EU (European Union) directive that has become enforced law. RoHS means “Restriction of Hazardous Substances”. The problem is little consideration given to what is a Hazardous use of a substance and what is not. I don’t hear reports of children eating circuit boards or solder joints in wires for example. Is it about health and public safety, or about creating a portal by which government and regulatory bodies can exert command and control over huge industries and the influx of goods into a country?

Since the EU has issued RoHS directives, lead has been removed from most solders and from the tinning on electronic leads. Pure tin is now used for almost all electronic component lead tinning. Over time it forms whiskers of tin which are thinner than a human hair. They are only one crystal in thickness and they reach out and touch leads of other components. It’s often the reason why today’s TV’s and other electronics (including our RC gear) doesn’t last as long as yesterday’s. Failure of expensive satellites have been attributed to lead-free tinning of leads causing tin whiskers. It’s our punishment for letting the “zero tolerance crowd get traction and get this nonsense pushed into law all over the world. When you get a chance, in any way possible, do your part, do something about it.

Here are some great links, good reading and photos of our gift from the enviromentalists, “tin whiskers”.

I’m still looking for examples of children that were poisoned from eating circuit boards and wires.

As long as possible, you’ll always be able to get “real” solder from Radical RC: Solder Pastes & Supplies

According to the May update on DOT’s Rulemaking Webpage the projected publication date for the small Unmanned Aircraft Systems (sUAS) Notice of Proposed Rulemaking (NPRM) has been pushed back to October 2012. Sources close to the project speculate that we may not see the somewhat contentious proposed rule until after the 2012 Presidential campaign. My money is on the later…

Interesting news spot on drones for public service use. 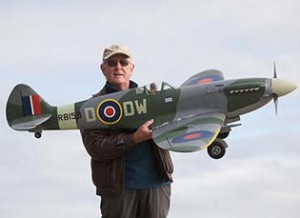